I used to write letters when I was a kid, and then found pocket letters as a teenager. I fell out of doing both, and now that I’ve picked up a dip pen, I’d like to get back into the habit. I also figured that with all the pen related content I’ve been seeing, other people might want to as well. So, here’s a thread. Let’s talk about the various types of correspondence, and find ourselves some pen pals.

There is a robust topic over on the AODA Discord server (called pen-pals) if you’re interested, @wildkat6. It seems that people are relatively quickly sorted into pairings for sending a letter by winter solstice. This isn’t to say that there shouldn’t be this topic here, just that of you don’t get the interest you want here, you might try there.

. I signed up for that one, but I’m always up for more pen pals!

I keep trying to join the discord, but the link doesn’t seem to be working for me.

Here you go! This link should work no problem

Once you get there send me a PM with your first and last name (Alisha/Lilwolf) - I’ll get you set up for our Member’s area. 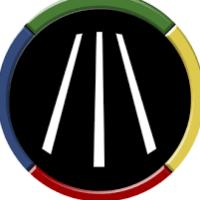 Join the Ancient Order of Druids in America Discord Server!

Community Discord server for the Ancient Order of Druids in America. | 162 members

Now I have this nostaligic feeling since I haven’t written a letter like this in two decades since everything is now conducted on the internet. We have discord as you may already know. I’m usually on Facebook as I’m not to open with this discord and it’s features. Maybe when the company do some improvement on the entire system, I may consider being on it more often.

I feel you there Clark. I tried discord site and it just seems too much for me. However, letters and writing are as equally a big challenge. I always hated writing, I have a lifelong habit of gripping my pen or pencil to tight and exhausting my hand for the creation of somewhat of a elegant-non elegant hand writing. It seems stupid to me as an adult male so I have reverted to forgetting about cursive and print all my letters mostly uncaring about capitalization rules. Ha…if my english teachers saw me now they never wouldve doted so much on me!
Anyway pen pals could never be my thing as its enough to write small pieces on here and it has also been a challenge to write daily in a journal. Im afraid I may never get it. Even an online journal.

The thing is that Ive never been interested in keeping track of my life because I reflect on it almost constantly as a truck driver. I feel I hash things out after the fact too much. I have often been told I think too much. Well I say to those people try a job like mine and tell me how often you think!
Anyway I do enjoy conversations but too often find myself having to comment on everything I can relate to. Its an annoying habit that I despise myself and feel I push people away sometimes because of it. But it never happens when I first meet someone. It takes me awhile to let someone in, in person. A forum is great for these things especially with those of like minds and affinities. At least it seems. Hope your day and week to come finds you well and that the mother goddess Brigid blessed you on Imbolc and continues throughout the upcoming year with a life of plenty and abundant happiness and joy.

Well…it has been a year and I kinda fell out of the forum. My bad. Discord is still A LOT for me, but I’m back and would still enjoy writing to someone.

If you can stand Discord for a minute, I know the pen pal coordinator over there is preparing for another round of assignments. I hope this link takes you directly to a recent message on the subject over there: Discord

Hi!
I’m the discord pen pal group coordinator. It is much easier for me to organize things through the discord, but I can probably arrange to add you to the group if you would like.

However, you would have to be willing to give me some method of contacting you. I don’t think everyone in the pen-pal group are officially members, so some people would not be able to message you through the forum.

Send me a message if you’re interested! Or pop over to discord for just a little bit.

I would love to rejoin the server. It will make your life a little easier. If you can link me an invite, I’ll pop on in.

I’ll just make sure to mute the channels I won’t be using.

I think this link should work: 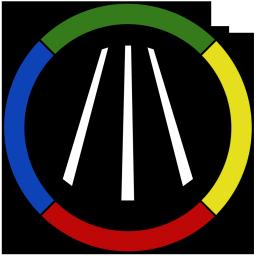 Join the Ancient Order of Druids in America Discord Server!

Check out the Ancient Order of Druids in America community on Discord - hang out with 355 other members and enjoy free voice and text chat.

If it doesn’t, let me know and I’ll ask Lilwolf to send an updated invite!

I would like to be added to the Pen Pal list. Don’t do Discord, but if it’s possible to be added, please do so.

I’d also like to try playing Quill: The Letter Writing RPG with a few people, if there are some interested. Maybe with a historical Druid theme. 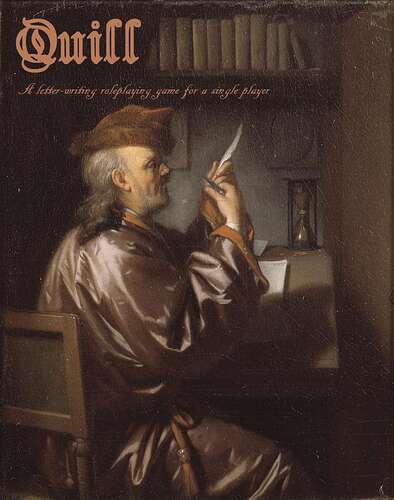 Quill: A Letter-Writing Roleplaying Game for a Single Player - Trollish...

To whom it may concern, Quill is a solo roleplaying game with a twist. Instead of hacking goblins and looting caves, yo